Goofing around is good for the soul. Today, we got to goof around a bit. I often use goofy sayings as coaching cues.. why??! Because you remember them that way!

So how many of you coaches have seen an athlete who swears they can not break parallel in the squat.  Everyone of you…. if not, it must be your second day coaching.. and even then I don’t believe you. Here is a quick way to find out if your athlete actually has a physical limitation or whether it is a motor programming deficit.

1. Your athlete falls to squat below parallel

2. Lay them on their back to deload the system.

3. Have them bring each leg up to their chest individually

4. Have them bring both legs up simultaneously

5. If their knees pass well past their hip crease then physical limitation is not the cause of their squatting fault.

What is motor programming and all that neuro nonsense?

When we download a computer program what are we really doing? We are telling the computer what actions to perform for whatever new particular task.  The computer itself doesn’t change… a list of commands just tells the parts to do something different.  It’s learning in a sense. That’s exactly what we do too…. Our bodies have all the parts needed for the squat but the program is often missing.  Now, this isn’t the matrix so it’s not just plug and play. 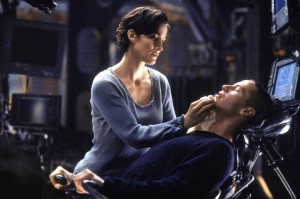 Our bodies take time to adapt to the new commands.  Often times it is instability that limits our squat. Think of instability as danger. Your body isn’t stupid…  it guards against moving into unstable positions that could cause it harm. However, it can be overridden. If we add stability to the system the limitations often resolve. Check it out!